TEMA: URBAN BIODIVERSITETLawns – don’t we just love them? A must for those with a garden, to look at, play in and spend countless hours of hard labour to ensure they are lush, green and well presented. And those who don’t may be looked at in disdain, or worse. Clearly, lawns are a physical reality that matters to many, but also a cultural phenomenon that raises many questions: How did we end up with lawns? What was it that allowed us to beat them into current shape? Who tells us how they should look like? Is it a place for us or also for others? And what may the future hold? Time to dive into these questions! 1. Where lawns come from

The word lawn has been with us for a while. English dictionaries include it already in 1548, describing a lawn as an open space between trees. Here, the image was unlikely that of today’s cut lawn, but more of a grazed meadow that also held tall herbs. In the 1700s, grass started to be liked by upper class French, who trimmed it short and nicely ornamental in their baroque gardens. Indeed, in this early period, the lawn belonged to aristocracy. Halfway the18th century lawns really came into their own as closely tended, short grass and dominant garden element. English landscape parks created lawns as sweeping and undulating pastures, and this style spread around the world. In the early 1900s the era of lawns started. In Sweden, the lawn became common when multi-family housing was built in the 1930s-50s and governments promoted the idea of healthy outdoor environments for the working class. Currently, the green in many cities is dominated by lawns, sometimes covering more than 20% of the whole city area. 2. Technology at the rescue

Early lawns were not like the ones we see around us now, as it was livestock and scythe that kept swards short, leading to not only grazing-tolerant plants like grasses, but also plenty of flowering plants. Technology in the form of lawnmowers was the game changer, with the first hand-pushed mechanical rotor mower emerging around 1830. After the Second World War this became the tool of choice for most people with lawns, initially leaving the clippings behind to ‘give back’ to the lawn, but increasingly with trays that collected the cuttings to minimise mess and optimise visual appeal. The basic promise of technology, to do things faster and better, was realised by first mounting engines to mowers and thereafter also a chair for those who could afford and desired a sit-on mower. Now that mowing was petrol, electric or battery driven, lawns not only grew bigger but also emptier, as avoiding obstacles remained difficult. Working the lawn continued to take a lot of time due to lawn areas having grown bigger and in need of yet more frequent cutting now that tech made things ‘so easy’. What a blessing, therefore, to see the next technological step addressing, from 1995 onwards, all of this: the robotic lawnmower, ‘covering all areas’ and ‘unlocking hours and hours of free time’ while ‘your lawn is kept in perfect shape’. But remember, any of those technologies have agency – they do things for us but also with us; and with the lawn, the image of which is shaped by the technology used.

The perfect lawn is moss-free, bright green, dense, and close-cropped, so that it’s a blessing to the eye and soft on the feet. The creation of such a lawn does not only need the latest mowing technology, but also the right kind of grass, copious amounts of fertiliser, moss- and weed-killer and ample water during periods of drought. If wanting to be even safer, why not buy ready-made grass mats – hard to beat. But who is saying so and keen to keep this image alive? The answer is simple: powerful multi-million industries in need of customers. Fair enough, the herbicide and fertiliser industry is much more interested in farming not changing all that much than it is about maintaining the image of the perfect lawn, but the revenues from lawns are substantial. Imagery online and in magazines enforce the ‘manicured green’, and play in the hands of societal ways of thinking about order and care. Being a good and respectable neighbour requires to have an orderly and well-maintained lawn. Grass without flowers – simple as that.

4. A place for others

Pushing against what some may view as the current lifeless green, and underpinned by an ever growing number of nature conservation and gardening organisations, a powerful movement has emerged that wants to welcome back ‘non-human others’ into our gardens. The name of the game is ‘habitat creation’, best played by combining less interference with more messiness by design. Oh, and of course, pesticides are definitely no-no and lawn mowing something to be wary about. And so a counter-movement is gradually eating into our speckles greens. Wildlife-friendly gardening is no longer a sport for tree huggers, but has grown into something big enough for traditional industries to capitalise on, as good money can be made here too. Bees are big in this scene, and their demise helps feed the transition of gardens and lawns towards flower-rich places. In this context, ‘lawns without grasses’ have even become a thing, with a first one installed in 2013 at Avondale Park, London. They do look different, that’s for sure. Stunningly colourful in season and with life abound, but out of season perhaps somewhat dreary and it may take time for people to see the fun in that. In the meantime, many will take less drastic action but allow their grass to grow longer, leave clover beds for what they are, shelf pesticides, moss killer, fertiliser, and the likes, and look –often still from a distance – to insects of all kind twirling around. But rest assured, the lawnmower will be rushed back into action were things get too much, structure is called for, or just because it’s annoying to get wet feet every time one walks through tall grass rather than over the lawn.

5. Bright is the future

It’s difficult to predict what future lawns will look like, but presently they seem to go into the two opposing directions: one rejecting the ‘green carpet norm’ and moving towards grass-free lawns, and the other embracing this norm and pushing it to new extremes. What’s interesting here is that both directions indicate that lawns are irrelevant spaces, but an important resource. Why not find out what your lawn could it like? Test, observe, and speak about it with others. After all, what have lawns done that make us look down on them or beat them into submission? 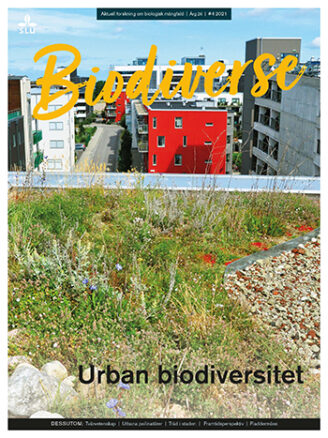