Science in the service of a sustainable future

TEMA: KLIMATETSDG:s cannot lead to sustainability unless we reconnect nature with human culture. Planet earth is losing its capacity to supply the ecosystem goods and services that people depend on for their wellbeing. In complex systems jargon, we are locked into a spiral of ever deepening ecological poverty driven by goals for economic growth that degrade our environment: the greater the drive for GDP growth, the greater rate of degradation.

Some economists tell us that the UN Sustainable Development Goals (SDG:s) cannot be achieved because they depend on unsustainable GDP growth [1][2].  The feedback interactions that create this state of affairs were described in the “Limits to Growth”, originally proposed in 1972 as a series of “what-might-happen-if” scenarios and subsequently found to be uncomfortably accurate[3]. To continue down the path to increased GDP growth is to invite widespread environmental degradation and eventually, economic collapse.

The ecological economist Richard Norgaard explains the disconnection between GDP growth and the ecosystem services available to sustain human wellbeing as the outcome of “economism”. This is a term used by ecological economists as “an indictment of how neoliberal economics reduces all social relations to market logic”[4]. The word economism appears in the critique of international development where economists have proposed market solutions at the expense of local cultural values and democracy. Critical elements of economism are the ideologies of individualism, private property and free markets; and a moral position that applauds wealth accumulation, and applauds the wealthy as “job creators”.

The SDG review undertaken by ICSU/ISSC (International council for science/International social science council) proposed the development of scenario narratives that describe alternative pathways toward the SDG:s[5]. Such stories can describe what will be done and how it will be done to achieve goals, as well as define the trade-offs between different claims on ecosystem services that have to be negotiated between different sectors of society. An important ingredient for the successful implementation of SDG:s will be the manner is which society determines the future it wants. The common practice is for science to provide knowledge to government for the development of policy. Government then tells society what it is expected to do in response to policy directives.

The problem with this top-down approach is that it will be constrained by the invisible hand of neoliberal beliefs that pervade industrial societies: it is unlikely that the innovative thinking required to define paths to alternative futures will be found in that alignment. To paraphrase Einstein, it is not possible to solve a problem by using the same thinking that created it.

The alternative approach is for science to place itself at the service of society and to do participatory research that helps society define its needs and ways of meeting those needs for a sustainable future. Participatory action research is about scientists working with society to create change by jointly solving problems. Such an approach to imagining our future will support the emergence of new connections between biological and cultural evolution and regain the lost balance between human and natural ecology. This approach requires a fundamental shift in beliefs about knowledge, how it is acquired and used. It requires a fundamental shift in the roles of scientists, government agencies and society with new institutions that support the emergence of innovation from the bottom upward to inform policy in an uncertain world.

[2] The Problem with Saving the World https://www.jacobinmag.com/2015/08/global-poverty-climate-change-sdgs/

[3] The Limits to Growth Revisited http://cassandralegacy.blogspot.se/2011/06/limits-to-growth-revisited.html

[4] The Church of Economism and Its Discontents http://www.resilience.org/print/2015-12-30/the-church-of-economism-and-its-discontents

[5] Review of Targets for the Sustainable Development Goals: The Science Perspective (2015) http://www.icsu.org/publications/reports-and-reviews/review-of-targets-for-the-sustainable-development-goals-the-science-perspective-2015 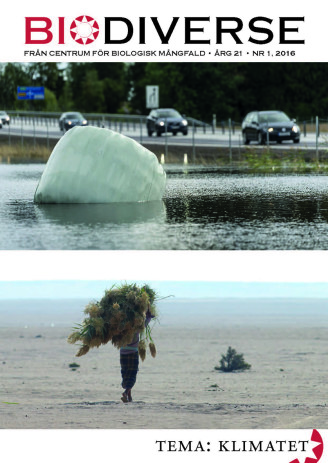