TEMA: POLITIKENThe scale of societal change required to respond to biodiversity loss and climate change may seem daunting, but we know what has to be done and we know how to do it. What is required now is transformational change on all levels of society and the tools we need are available. The Intergovernmental Panel on Biodiversity and Ecosystem Services (IPBES) is in the process of forming a group of experts to assess transformation of current approaches to biodiversity conservation as a response to the findings of the global assessment report on biodiversity and ecosystem services. Work on transformation was requested by a decision of the parties following presentation of the assessment which emphasized the importance of biodiversity to people, and the manner in which human activity has accelerated biodiversity loss over the last 50 years. The IPBES assessment conveys a clear message. Biodiversity conservation goals and goals for sustainable development cannot be met cannot be met unless there is transformative change “across economic, social, political and technological factors”. In this context, transformation means a major change in human society, its values, goals and governance.

Biodiversity loss is a complex “systemic” problem with multiple underlying causes that requires people to think both broadly and deeply about the human activities that are leading to loss of species, communities, habitats and whole ecosystems. Climate change and biodiversity loss are closely interconnected as climate influences the distribution of biomes and their attendant communities of plants and animals across the globe. Transforming society in response to biodiversity loss also requires people to think about those human activities that contribute to global warming and how those activities might be changed.

One way to start thinking about complex systems and how they might be changed is to apply the “iceberg metaphor” which encourages investigation of the underlying causes of events such as forest fires or conversion of rainforest to farm land. The events that we see in the news are the tip of the iceberg. Below the surface are the underlying trends, such as the continuous loss of species and their habitats. Below these trends are the policy and legal frameworks that govern society and the interactions between people and nature. Finally, at the base of the iceberg are the mindsets (based on worldviews, beliefs and values) held by society and which are the foundation of the laws and policies that we live by. This systems perspective leads to the conclusion that biodiversity loss (and climate change) are the result of the way that people (mostly in industrialized nations) view their relationship with nature.

System’s scientist and lead author of “The Limits to Growth” Donella Meadows has suggested 12 leverage points that occur in systems and which might be applied to create change in those systems. Changing mindsets is the most powerful lever because the determines things like the goals of economic growth and the policies which support that goal. Changing mindsets at a national or social level is also the most difficult lever to apply because it requires many individuals to change their behavior and even their identity.

The IPBES assessment report illustrates how the concept of leverage points might be applied to transform the economic, social, political and technological systems that are driving biodiversity loss. These are the same drivers that continue to push the greenhouse gases responsible for global warming and climate change into the atmosphere. Based on this concept of how transformation might be created IPBES suggest a number of leverage points such as new visions of a good life and levers such as building capacity for change could create large change effects.

Karen O’Brien, Professor of Human Geography at University of Oslo, and contributor to both IPBES and IPCC, has blended the leverage points idea with the iceberg metaphor and presented it to the inaugural conference of the IPBES transformation assessment as one of a number of ideas about how we transform systems . In brief this model suggests that for society to take effective action to reduce the rate of biodiversity loss, mindsets, policies and activities must be aligned. Thus, addressing biodiversity loss is every bodies responsibility and begins with them changing their behaviors that contribute to the loss. This will enable policy reform and effective action.

What is known about the behavior of social systems tells us that what individuals do matters a great deal. We know that telling people what to do or attempting to force people to change leads to resistance and conflict. We know that if people feel personally committed to achieving a goal they can succeed. We also know that once people who are changing their behavior, talk to others and share their experiences, things begin to happen at a greater rate. Other people begin to take notice and join to build a larger movement for change.

While the scale of change required to enable society to respond effectively to biodiversity loss and climate change may seem daunting, we know what has to be done to create the change and we know how to do it. What is required now is for people to apply themselves to the matter of changing their beliefs about the world, their place in it and any behaviors they might be engaged in that contribute to biodiversity loss and climate change. Research suggests that once around 10% of a population has made the change, other people follow rapidly. We hold the future of our world in our hands, what happens next depends entirely on what we decide to do. 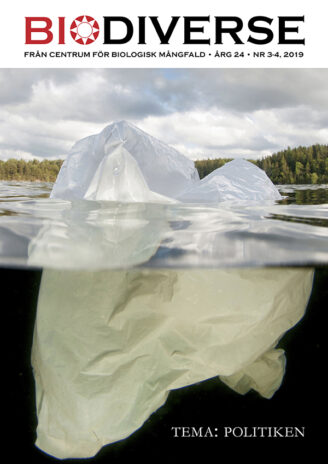